Editor, teacher, linguist and writer, walking the fine line between prescriptivism and descriptivism. View all posts by LisaMc →

Part of my job is running the Bremner Editing Center at the University of Kansas, where journalism students can get one-on-one help editing their work. It’s always best to have a second set of eyes on anything you write for publication (or a grade), to catch awkward or unclear passages as well as typos, skipped or duplicated words, and tricky homophones. It’s hard to see mistakes in your own work, since you already know what you meant to say, even if it’s not what you actually wrote.

However, sometimes getting an editor is just not possible – nobody ever writes anything the day it’s due, right? So if you’re in a pinch, here are a few things you can do to try to catch your own mistakes:

END_OF_DOCUMENT_TOKEN_TO_BE_REPLACED

The Muller report has been in the news a lot lately, and while I don’t want to wade into politics here, something on a recent cable news show caught my ear. Presidential historian Jon Meacham was talking about Special Counsel Robert Mueller and the way his report — and his speech on May 29 — were filled with words carefully chosen to convey just the right nuance. Then he said “It’s hard to diagram some of those sentences,” (here’s the video; it’s about 5 minutes in) and, well, challenge accepted, Mr. Meacham.

Interestingly enough, most of the sentences in Mr. Mueller’s speech were grammatically straightforward. Mueller, or one of his aides, clearly understood that when writing for the ear, as opposed to the eye, short, simple sentences are clearest. I’ve chosen two of the longer ones to diagram here.

END_OF_DOCUMENT_TOKEN_TO_BE_REPLACED

Got a favorite joke? Leave it in the comments!

I’ve said this before, but it’s probably time to say it again: “who” is well on its way to losing its case marking. That is, the objective case “whom” is fading, leaving us with “who” for both subjective and objective uses (like the pronouns “you,” “it” and “what”). In conversational speech, “whom” is already long gone, and in all but the most formal writing, at best “whom” is inconsistently used. Anymore, the only place you really need “whom” is directly following a preposition: To whom it may concern.

When I’m editing, I change an incorrect “whom” to a correct “who” far more often than the reverse. Hypercorrection – using “whom” where “who” is actually right – leads to sentences that are both stuffy and wrong. Here’s an example: “Please forward this message to whomever is in charge of purchasing.” The pronoun here is the subject of the relative clause and so should be who — you wouldn’t say “him is in charge of purchasing.”

Here’s a short video I made to explain this to my students:

Who and whom on Biteable.

Bottom line: When in doubt, go with “who.”

For our fourth sentence, we’ll depart from movie quotes. This sentence is close to one I found myself writing in an email, and I realized that although it was perfectly clear (and grammatical — it IS acceptable to end a sentence with a preposition in English), it would make for a more complex diagram because of understood but omitted words.

Here’s the sentence: “Her research is something I have no clue about the topic of.”

END_OF_DOCUMENT_TOKEN_TO_BE_REPLACED

For our third sentence to diagram, we’ll get more complicated with a sentence that uses layers of recursion. In language, recursion basically means that we can embed – and keep embedding – clauses or phrases within a sentence while still maintaining grammaticality and comprehensibility.

END_OF_DOCUMENT_TOKEN_TO_BE_REPLACED

For our second sentence to diagram, we’ll stay fairly simple — no compounds or subordinate clauses — but we’ll pile up a few more modifiers and have an imperative verb:

END_OF_DOCUMENT_TOKEN_TO_BE_REPLACED

At the recent ACES: The Society for Editing conference, I gave a session on diagramming sentences. It was during the last session period of the conference, on a sunny Florida afternoon, and more than 100 people packed the room to learn, or refresh their memories, about sentence diagramming. (We’re talking about the classic “Reed-Kellogg” method here, not the tree diagrams of great utility to linguists.)

Diagramming has fallen out of favor as a pedagogical tool (it was of questionable effectiveness anyway), and it’s not necessarily something that will make you a better editor. However, it can be helpful to visualize a sentence’s structure, and the “puzzle” aspect of it makes it nerdy fun for many of us who love language. Plus, it’s really easy to spot a dangling participle when you’re diagramming.

The enthusiasm at the conference for diagramming was such that I thought it might be fun to continue the practice, with weekly (ish) “diagramming challenges.” This is the first, and we’ll start simple:

END_OF_DOCUMENT_TOKEN_TO_BE_REPLACED

“I am silently correcting your grammar.”

Many editors own a T-shirt, sticker or button bearing this slogan, marking them as people who care about language, or at least have a sense of humor about it. However, others think it’s not at all funny and is yet another reason for people to think editors are snooty pedants who gleefully scold the less-educated.

Both have a point, but I’d like to point out that once an editor has spent years developing and honing language skills, it is (at least for some of us) really difficult to “turn it off.” We notice typos, misplaced apostrophes, incorrect usage and grammatical errors everywhere, because it’s what we do.

I’m not going to apologize for that, but I am going to suggest that we all focus on the “silently” part rather than the “correcting” part.

I’ve had plenty of friends and relatives say things to me along the line of “I’d better watch how I talk around you!” It’s meant good-naturedly, but I always tell them I don’t correct unless I’m paid or asked to. I’m not going to think any less of a friend who says “between you and I…” or a relative who was “supposably” in charge of the picnic. While I may notice — I can’t NOT notice — I’m certainly not going to say anything. That’s just called “not being a jerk.” 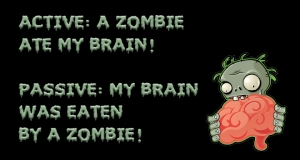 Numerous writing guides (and, judging from the people I encounter, hundreds of writing teachers) drum it into student’s heads to avoid the passive voice at all costs. That’s not always bad advice, but, as with most grammar “rules,” it’s a guideline rather than a commandment carved in stone.

First things first: Passive voice is a perfectly legitimate part of English (and most other languages). Using the passive voice is not a grammar error. END_OF_DOCUMENT_TOKEN_TO_BE_REPLACED 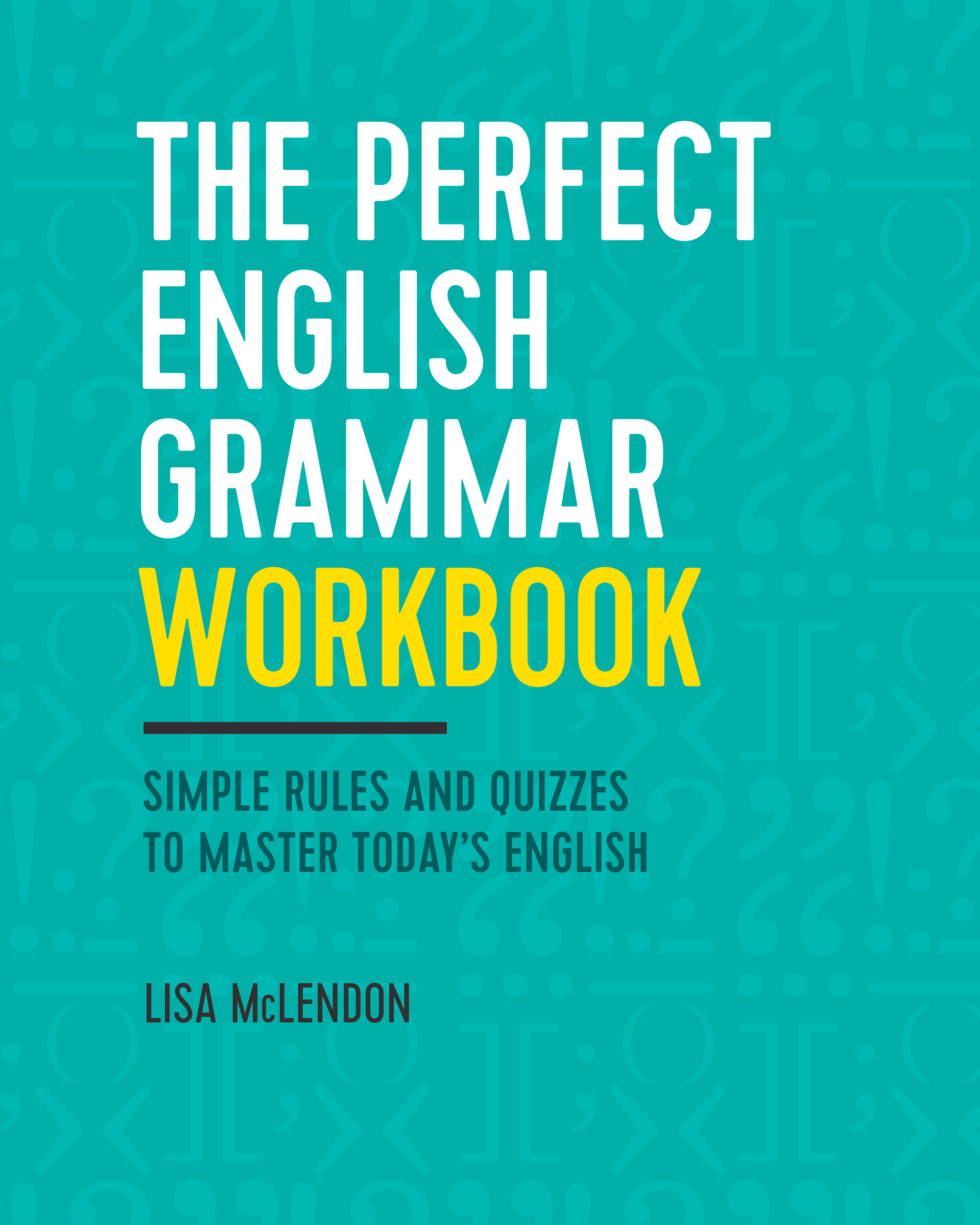